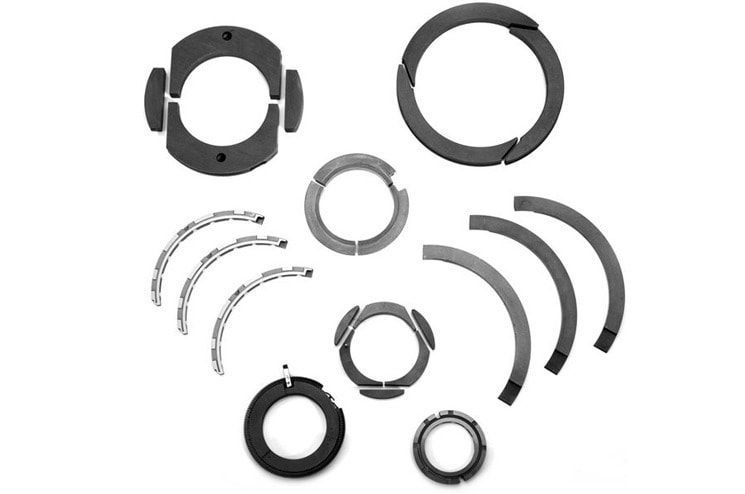 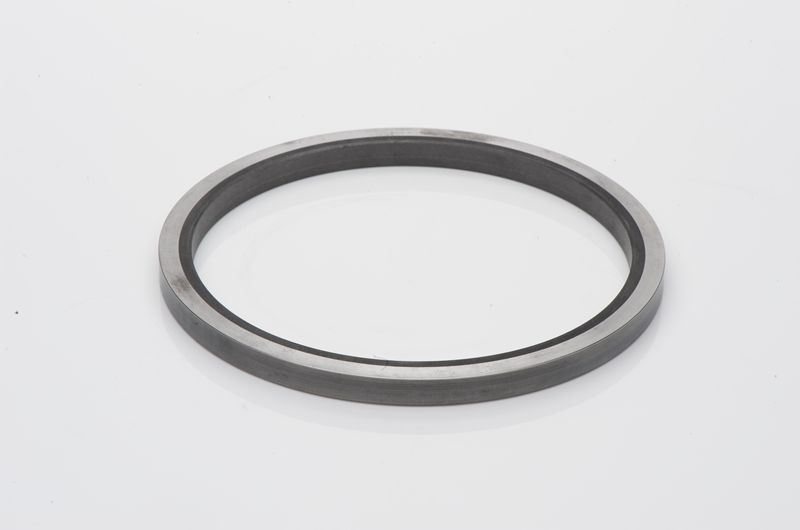 Radial seal ring assemblies are used to seal the clearance between a rotating or reciprocating shaft and the stationary housing on many types of machines.

Carbon/graphite radial seal assemblies were developed to help solve serious wear, thermal degradation, chemical attack, and dimensional stability problems that occur when materials such as leather, plastic, composite, or elastomers are utilized in the stuffing box seals installed on industrial blowers, pumps, and other turbo machinery.

Contacting carbon/graphite seal rings are made from at least three segments and are tensioned onto the shaft with a garder spring around the OD of the segments. Usually a set of two rings with mutually off-set joints are placed in each cavity of a stationary, metallic holder. The garder spring holds the segments against the shaft OD with a pressure of about 2 psi. Multiple sets of segmented carbon/graphite ring can be used to seal gas pressures up to 800 psi.

material:Over 150 grades of our proprietary carbon/graphite METCAR material are available. Our engineers will work with you to select the optimum grade.